Back to the results
Determine motor

With a remanufactured full engine from Mercedes-Benz, you receive an engine that is a match for a new engine in terms of quality, much more than a just refurbished or used engine. That means that thanks to our unique experience as a manufacturer, the use of genuine Mercedes-Benz spare parts and our remanufacturing process, your Mercedes-Benz remains a true original.

The genuine reman engine is your complete solution in our range of our replacement engines and is compatible with many different engine model series. The premium product stands for a long service life and high performance with highly efficient fuel consumption figures – a worthwhile investment. Featuring a range of preassembled components, the comprehensive reman engine package minimizes time off the road.

Comparing the package contents for a factory rebuilt engine.

Our portfolio contains not only the reman engine as a complete solution, but also a range of other engine variants available for general overhaul for different preferences. The table below shows what comes with our remanufactured engines. 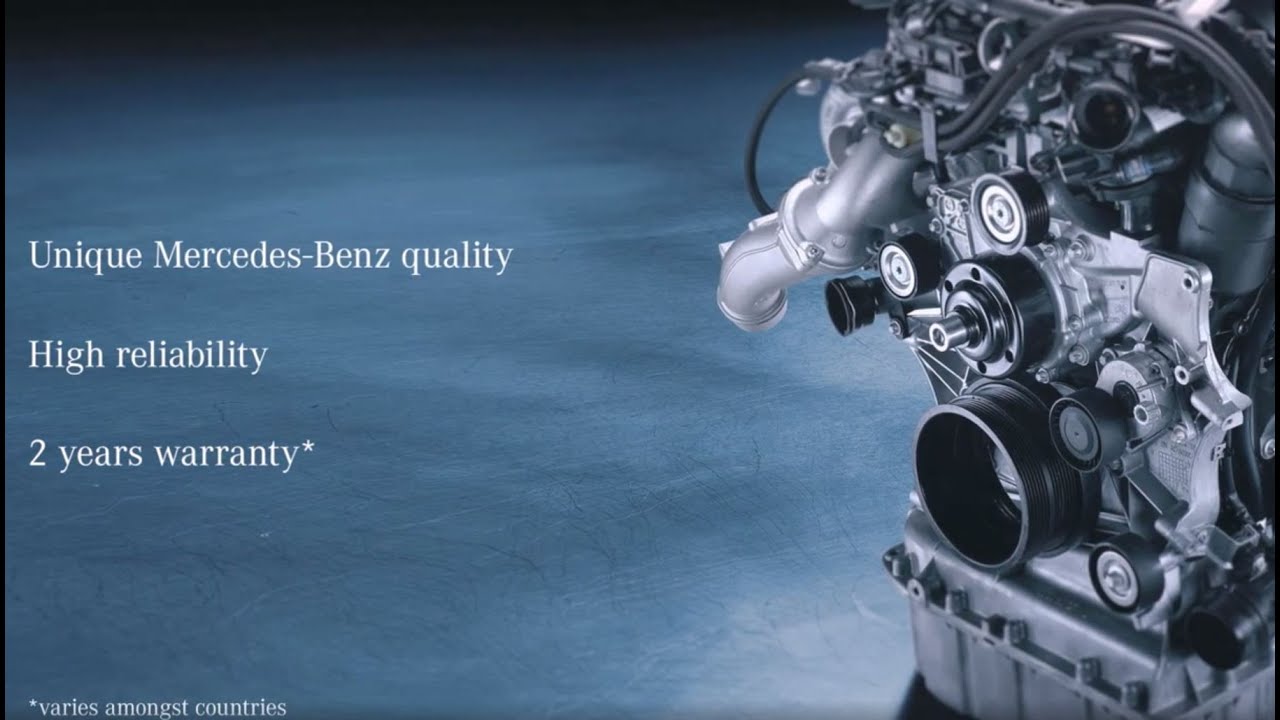 There are numerous benefits of a genuine factory rebuilt engine. One is that it is a quick method of replacement, as the comprehensive nature of the engine package with pre-assembled components means that it is simply a case of removing the old engine and installing the new one. This saves you time and reduces expenses. Our warehouse always contains more 4,000 remanufactured engines, each one ready to be installed in your vehicle.

With a Mercedes-Benz factory rebuilt engine, you receive a guarantee for up to two years2), because we are certain that its functionality, longevity and quality will meet even the most exacting requirements. Engines undergo extensive testing and endurance trials. Each complete engine is tested on a test stand before dispatch to check that it meets the strict criteria for series production.

There is usually some advance warning of the need for a complete overhaul. The following may be signs of damage of your used engine:

What should you do if your used engine is damaged?

First of all, a friendly tip: check the quality of your repair provider carefully. Sometimes, workshops can lure customers in with free towing services. Experience among customers on numerous Internet forums shows that in the case of costly damage in particular, it usually ends up being cheaper and less hassle to have repairs carried out by experts using high-quality genuine spare parts. Used Mercedes-Benz engines might be still ok, but it often takes long to find the exactly matching variant and you never really know how the mileage and condition is. There are several types of replacement engines: reworked engines, refurbished engines or reworked engines - we give you the word that our remanufactured engines ensure peace-of-mind for you. Who can do that better than the people who developed and built the engine and have committed to a high standard of quality? In other words, Mercedes-Benz. It is often quicker and less expensive to have the engine removed and replaced entirely than to pay several times for multiple separate repairs.